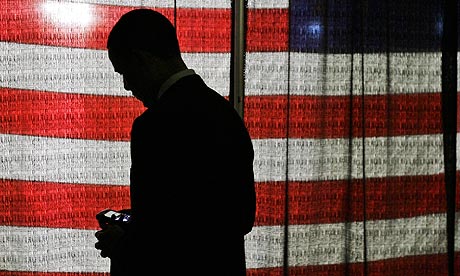 By Dani Collins on May 9, 2013 in Arts, Government & Public Service, Social Media tagged with events, social media with No Comments

Who can forget Barack Obama’s historic 2008 and 2012 presidential campaigns, with their groundbreaking use of social media as a powerful political tool and its record-setting online fundraising successes. Barack Obama’s Chief Digital Strategist, Joe Rospars, and Stephen Muller, the Obama campaign’s Video Director, offer an overview of how the campaign managed to unite and mobilise 13 million online supporters toward a single goal of electing President Obama. Following the talk, they will speak to Michael Brissenden, who was the ABC’s Washington correspondent leading up to the 2012 election, and is the author of American Stories.

Supported by the City of Sydney.

For both the 2008 and 2012 campaigns, Joe Rospars was Barack Obama’s principal digital strategist and adviser, overseeing the digital integration of the unprecedented fundraising, communications, and grassroots mobilisation effort. The digital arm of the campaign provided the backbone of design and branding both online and offline, and engaged a record-breaking number of Americans through mobile, social, video and the web. Rospars is also the co-founder and CEO of Blue State Digital. He has been named in Advertising Age’s Digital A-List, included in BBC’s Digital Giants round-up and named in Rolling Stone’s list of the 100 People Who Are Changing America.

Michael Brissenden has been a political journalist for the ABC for more than 25 years. He was the ABC’s Washington correspondent from 2009 until 2013. For the six years before that he was political editor for The 7:30 Report. Michael has reported from Russia, the Middle East, South East Asia, Europe, the Pacific and the Americas. His political analysis features regularly on ABC Online. Michael is the author of American Stories: Tales of Hope and Anger.

· The People Behind the Politics

Stephen Muller is vice president of Strategy at Blue State Digital and was the online video director for Obama for America. On the campaign, Muller managed a 30-person team of producers, editors, cinematographers and motiongraphic artists who were responsible for crafting and distributing the campaign’s video messages online, producing more than 1,300 videos with over 130 million views. Supported by the US Consulate General.