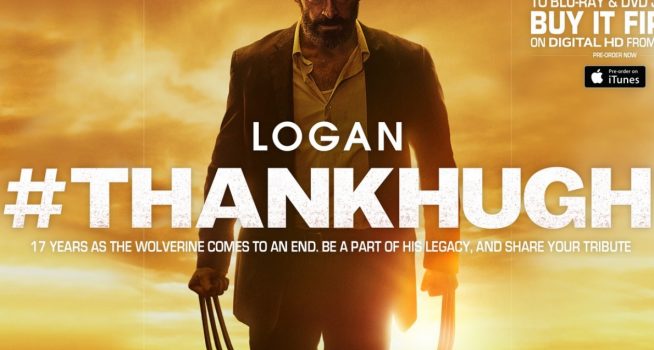 By Deepend on June 29, 2017 in Uncategorized tagged with admin-featured, history will be kind, twentieth century fox home entertainment, wolverine with No Comments

Twentieth Century Fox Home Entertainment is inviting fans of Hugh Jackman and the cult X-Men series to pay tribute to Wolverine with its new #ThankHugh campaign, designed to celebrate the digital, Blu-ray and DVD release of Logan.

Supported by integrated communications agency History Will Be Kind (HWBK) and Frank PR, the 360-degree marketing initiative features a raft of digital, social, paid and media-led activities, including a nationwide search for the best social media tributes to the iconic character backed by exclusive prizing opportunities.

“After 17 years in action, we’ve seized the opportunity to orchestrate the send-off he deserves and give fans the ability to revel in the moment.”

Emma-Jane Granleese, managing partner of HWBK, said the team is excited to build on the success of last year’s X-Men: The Apocalypse campaign.

“At HWBK, we are audience-centric, channel agnostic and data-driven – a powerful combination that allows us to work collaboratively with clients across disciplines to get great results,” she said.

“We were thrilled to partner again with Fox Home Entertainment for a campaign which marks a key moment in pop culture history.”

To find out more and send your #ThankHugh tribute, visit www.thankhugh.com.au.