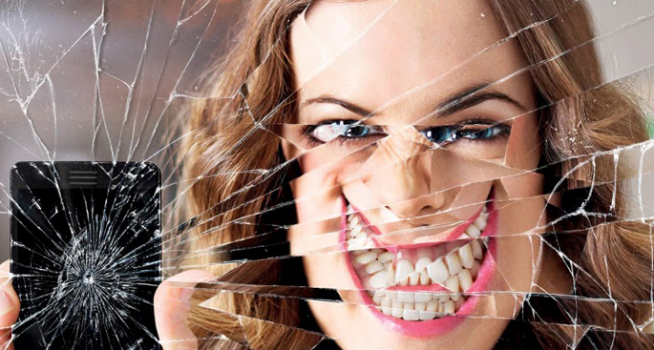 The Black Mirror for our society

Why on Earth would you watch a show whose main purpose is to highlight your flaws and shortcomings as consumer of that show? Basically, because it’s one of the only shows out there at the moment with the ability to make you actually think. Ironically, Charlie Brooker’s series Black Mirror’s target is precisely the people he so savagely scrutinizes; the audience. Brooker realises this inherent irony and acknowledges his misanthropy, and does reference this throughout the first series in subtle ways. His message; the ‘audience’ is a primitive “anonymous blobby mass” who “deserve each other”. Who’s he trying to tell? Said audience.

Black Mirror is a series of independent and non-related episodes, each taking an element of today’s media and tech saturated environment, and exploring how these seemingly harmless aspects of society, when pushed, can lead to disastrous and frightening outcomes. To briefly overview what you could expect to see in the first series:

1. A frighteningly believable look at the public’s obsession with tabloid-style media, and its immediacy of delivery

2. Reality television and how it shapes our society and our fear of insignificance

3. Social networks – how far could they go? Who is actually watching?

A quote of Brooker’s from his regular Guardian column hits to the core of his opinion on audiences; “I like the individual people. It’s when they get together that they’re a problem.” This exploration into mass mentality raises many interesting questions about how the individual acts, versus the mass. Though your individual actions reflect upon you as a person, your actions with the ‘masses’ not only reflect upon yourself, but reflect upon our society as a whole. Black Mirror exemplifies that just because you’re acting as a small part of a mass, this doesn’t mean you’re free from blame when something goes wrong. In fact, the blame lies equally between each member of ‘the whole’.

It’s worth looking into the name of the series. The eponymous ‘Black Mirror’ in question is your phone/device/screen. In the most literal sense, a darker reflection of yourself. Figuratively, however, these devices and our interactions with them are a reflection of ourselves, but our true selves. What do we choose to consume? How do we use these publicly vs in private?

It’s interesting to take a moment to think of how we actually use our devices, versus how we would like people to publicly perceive our use and behaviour. It is an affirmation that these devices, through our usage patterns, know more about our ‘true selves’ than we could ever hope to know ourselves.