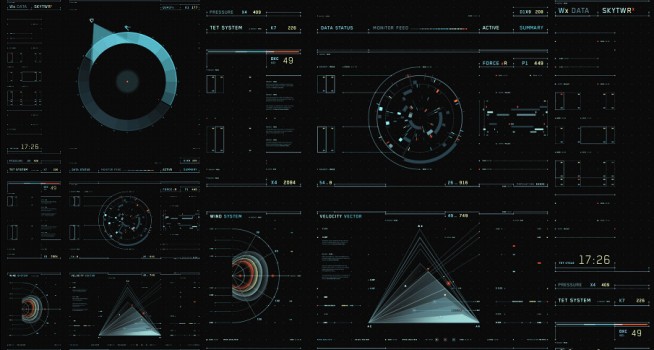 By Noël Smetanig on July 17, 2013 in Moving Image, Visual/Graphic Arts tagged with digital., motion graphics, moving image with No Comments

Great montage from the people of GMUNK featuring minimalist motion graphics for the movie Oblivion with Tom Cruise.

“The briefing for the Graphic Language stressed functionality and minimalism while utilizing a bright, unified color palette that would appear equally well on both a dark or bright backdrop… The function was to reflect the modernized sensibilities of the TET Mainframe computer and would assist the characters with the key components of their duties on earth; be it the monitoring of all Vitals on the ground using Vika’s Light Table, or the various diagnostics in the air using the Jack’s Bubbleship… For good measure, the team also designed and animated all of the HUD UI for the various machines and weaponry in the film cuz they could, establishing a consistent graphic language that rendered all the interfaces with a loverly cohesion rarely seen in them massive-budget Sci-Fi productions..”