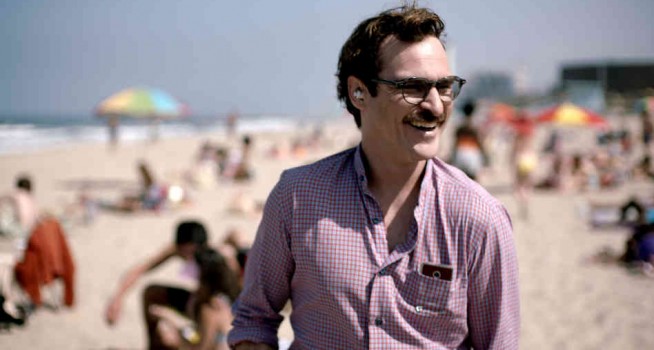 By The Editor on June 20, 2014 in Innovation tagged with film, innovation, tech, technology, video games with No Comments

When the main character of Spike Jonze’s futuristic movie Her, Theodore Twombly, is not falling in love with his operating system Samantha, he is passing time, as many of us do, by playing video games. The one he’s particularly engrossed in is an augmented-reality space game, with his current mission being to find his character’s spaceship and get off the planet. In one scene, his avatar is running through a tunnel and a freaky alien child suddenly knocks him down; when Twombly inquires about how to exit the labyrinth, the alien child goes ballistic and starts cursing up a storm. “I think it’s a test”, says Samantha to Twombly. He responds back to the child.

This brilliant animation sequence that speaks volumes about the connections between game worlds and social interaction, is the work of artist and filmmaker David O’Reilly. And now after this quirky experiment in fake game design, he’s creating a real, tangible and playable game. Last week at the Horizon conference at the LA Museum of Contemporary Art , O’Reilly announced he will be releasing “Mountain”—a game where you can “live out all of your dark twisted fantasies” of being a mountain, he describes.

The game will begin by asking questions that are “far more psychologically invasive than anything Facebook wants to know about you”, he says. As the player you will respond to these questions by drawing your answers, which will then be used to procedurally generate your unique living mountain. The temptation to make a “you’ll move mountains” joke is intense.

By manipulating the weather and time, you can experience your mountain in any number of settings: snow, rain, fog, night or day. According to O’Reilly, the game is meant to exist on your desktop as background, symbolic of a portal to another world and is set to have around 50 hours of game play with a definite end. Mountain will launch for PC, Mac and iOS on June 21st and will cost around a dollar.