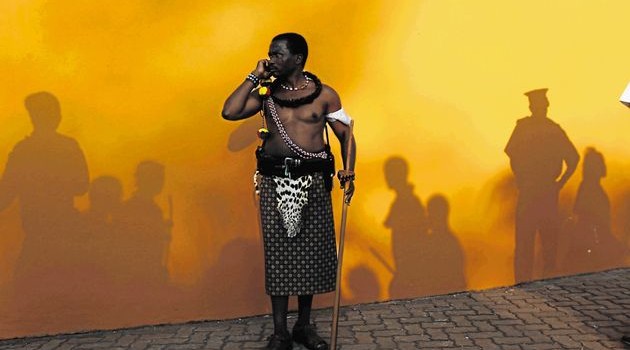 The Rise of our Shadow Cities – Innovation in the Slums

In Mesopotamia, the Nile would go out of its boundaries and kilometres of land would be swiped away with water. There were long periods of draught and the water of the Nile would leave fertile sediment on the fields. About 1800 BCE, the Egyptians used a natural lake as a reservoir during dry periods. They also invented ‘flood irrigation’ and used the flooding of the Nile to distribute the water via channels across fields.

I recently listened to a TED talk about the future of our cities. Scientists believe that our future cities won’t be the metropoles we have today but the micro communities that have established themselves over the course of the years. We see these translated in similar ways across the world. The slums in India. Favelas in South America.

Cities present the best hope for a sustainable future. Family size and carbon footprint fall as density rises. You can see this best in the areas where urbanisation happens most rapidly: the slums. The working slums help create prosperity. They are valuable as a group.

The villages of the world are drying up. People are fleeting into town, following opportunity. A lot of change happens. If you want to understand a particular era or time, you need to look at the biggest cities of that time and look what is happening there. That used to be London, Paris. But the biggest cities now, are Sao Poalo, Mumbai, Jakarta, Rio De Janeiro etc. so we need to look at what is happening there now.

At the moment one in six people on the planet is living as a squatter. The places that they live in are not governed by the larger city they belong to. They are microclimates with their own rules, taxes and autarky. Scientists predict that by 2030 one in four people and by 2050 one in three will live in such a self made community. This is because less people will be able to afford living in the city as we know them now. The slums are the urban neighbourhoods of the future.

Robert has lived in several of these micro communities across the world during a couple of months and what interests him is not the differences, but the similarities. In every one of them, people had organised themselves efficiently. The self reliance was tremendous. They have their own community rules and ways of engaging. They have places that vaguely resemble ad hoc schools, informal resident associations, co-ops, grocery stores, medical offices, drug stores, restaurants, bars, churches etc. He is saying that these places shouldn’t be exterminated by Western society, but that we should reach out to them, as they are the future cities. They don’t come without structure, they are organising themselves. They represent a huge economy. To give them the infrastructure they need (roads, water) to grow and improve their community.

When interviewing one of the guys living at the favela, he said he would never want to go back to a life out of the slums. It is the freedom that makes it so special.

It is when people live in dense, compact and highly tense places that innovation becomes more apparent. People have a tendency to create solutions for their problems and become more efficient over time. It is how trade started when people became sedentary. They are resourceful.

My point is really, Innovation happens where innovation is needed. If there is a human need to improve things, there will always be innovation. It is the survival instinct that is inherent to humans.

I like to compare this to how the different continents developed. Western Europe had harsh weather, the ground wasn’t really fertile, the population was dense and on top of that, different tribes and cultures were constantly on a war path (Vikings, Celts, Romans, etc). There were conflicts between different cultures and thus the need to develop stronger armies, cultivate more food for a growing population, build strong walls around their cities, communicate with allies and get the population under their thumb. This pressure to survive and be more efficient than surrounding enemies made that innovation popped up everywhere. The wheel, trade, trade laws, population classes, education, gold and silver as a currency, script, professions, literature, music, etc.

In the meanwhile, in other continents such as South America and Africa, the population was less dense and tribes didn’t really go out to expand their territory. They might have been nomadic but due to the size of the continent, they didn’t really interfere with eachother. There was no such need for innovation for them to survive.

Another example of this is the smart phone uptake in countries in Africa. There is no solid banking or payment system available, so Africans are using their smart phones as a method of payment and a substitute to bank accounts.

It may seem unlikely, given its track record in technological development, but Africa is at the centre of a mobile revolution. In the west, we have been adapting mobile phones to be more like our computers: the smart phone could be described as a PC for your pocket. In Africa, where a billion people use only 4% of the world’s electricity, many cannot afford to charge a computer, let alone buy one. This has led phone users and developers to be more resourceful, and African mobiles are being used to do things that the developed world is only now beginning to pick up on.

The most dramatic example of this is mobile banking. Four years ago, in neighbouring Kenya, the mobile network Safaricom introduced a service called M-Pesa which allows users to store money on their mobiles. If you want to pay a utilities bill or send money to a friend, you simply dispatch the amount by text and the recipient converts it into cash at their local M-Pesa office. It is cheap, easy to use and, for millions of Africans unable to access a bank account or afford the hefty charges of using one, nothing short of revolutionary. According to California-based mobile-banking innovator Carol Realini, executive chairman of Obopay: “Africa is the Silicon Valley of banking. The future of banking is being defined here… It’s going to change the world.”

So, really, Innovation exists where innovation is needed and we should look at developing urban areas to predict how cities or people will operate in the future.