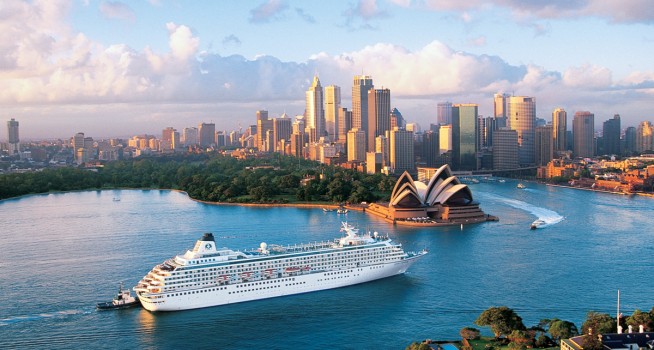 By The Editor on June 13, 2014 in Travel & Tourism tagged with adventure, Australia, cruise ship, holiday, pacific, Sydney, travel and tourism with No Comments

Australia’s market penetration of cruising is leading the world after passenger numbers soared more than a fifth in 2013, figures released this morning have shown.

The Cruise Lines International Association (CLIA) said 833,348 Australians took a cruise last year, a rise of 20% on the previous year. It meant the market penetration of the sector increased from 3% to 3.6%, making Australia the “world leader”, according to CLIA Australasia chairman Gavin Smith.

“The relevance of cruising in Australia’s households is at a level that has never been seen in any other country,” Smith said on board Pacific Jewel this morning at the launch of the Cruise Industry Source Market Report.

“In any market and by any estimate it is a wonderful achievement. It’s been another great year and another record summer.”

The growth prompted Carnival Australia chief executive Ann Sherry to suggest market penetration in Australia could hit a staggering 30% by 2030 while passenger numbers could, at the very least, hit 1.5 million by 2020.

The original target was one million cruisers by the end of the decade, a figure that is likely to be achieved by 2016.

The rate of growth is more than twice the level of any other major cruise market, Smith said.

He added that the potential for further growth remained strong.

“Australia is still a relatively young cruise market, yet the number of Australians taking a cruise has grown by an enviable average of 20% a year for the last 11 years as a growing number of travellers discover the many joys of cruising,” he said.

New South Wales remained the leading source of cruise passengers, accounting for 41% of the market.