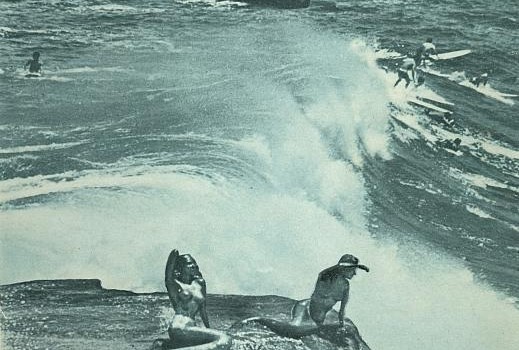 This week, I was fortunate enough to stumble upon a very interesting group while on my usual quick meander around the internet.*

This group is called ‘Lost Sydney’ and according to its creators, ‘Lost Sydney’ is about those exact two words and everyone who is part of the group is brought together by their love for this city. By exploring Sydney’s history and honouring what has been lost, these members continue in their search for the essence of Sydney, unearthing aspects that may have been forgotten throughout the years.

To me, this is a particularly appealing topic since I love delving beneath the surface and finding out about places that may have once thrived but are now converted or abandoned, statues in Bondi that were stolen, removed or washed away and roads that existed and led somewhere only to presently lie dormant with grass growing over the tarmac.

So I joined ‘Lost Sydney’ and began to search through the posts made by members and found the following, really interesting highlights:

The Bondi Mermaids – two statues that were the centre of a substantial amount of controversy.

An undertaker sets up shop next to a butcher in Sydney City.

These carriages are allegedly about to be set on fire and scrapped.

Sydney City, second half of the 20th Century

I could continue on for longer but I strongly encourage you to visit this excellent Facebook group and join, to not only experience a frequent feed of new posts but to also possibly contribute yourself: http://www.facebook.com/groups/lostsydney/

*Other interesting things I have found out during this meander include but are not limited to: the World Toilet Day is on November the 19th, never trust labels such as ‘Gourmet’ and ‘Premium’ when it comes to food because as there is no regulation, so they probably don’t mean anything; and finally that you can get kicked out from Bob Jones University in America for watching ‘Glee’ on your laptop off campus.