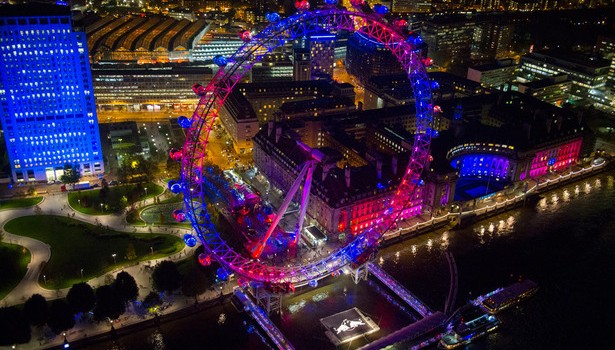 7 Innovative Social Media Campaigns From Around The Globe

As part of the social activity to drum up interest in the EMAs (European Music Awards) MTV gave eight ‘super fans’ the chance to announce the 10 nominations for one of the main categories.

The fans tweeted the nominations for the Worldwide Act category 15 minutes before the official announcement through MTV’s own website and social channels. Fans were then able to vote for their favourite act, with the eventual winner being a Chinese singer called Chris Lee.

It’s a clever idea as it gets fans involved in the process and uses their own social influence to generate excitement around the event.

There was also a separate category called ‘Best Push’ which was decided based on the volume of tweets that each nominee received. It was won by someone called Austin Mahone (no, me neither).

After agreeing to let the app steal all of your personal data, it then selects your most popular photos and inputs them into a personalised music video.

The user is then given the option of editing the photos that appear in the video before sharing it with friends via social media or email.

The app is supposed to help promote Keane’s new greatest hits CD in time for Christmas, but I can’t imagine that a huge number of people will have used it.

On Thursday 14 November Red Bull hosted a party in the 30 capsules of the London Eye featuring famous artists and DJs.

The once-in-a-lifetime experience recreated some of the UK’s most iconic club nights such as Fabric and The Hacienda, with artists including Lily Allen, Katy B and Goldie.

Live streams from all 30 capsules were hosted via YouTube on Channel 4’s website, which is apparently the highest number of live streams ever hosted by a single broadcaster.

Social activity around the event focused on the hashtag #RevsInSound, which has been mentioned 12,000 times in the past 30 days according to Topsy.

This is more of a PR stunt than a social campaign as such, but it’s very cool and comes with a hashtag so I thought I’d include it here.

To promote the UK launch of the Playstation 4, Sony worked with Manning Gottlieb OMD to take over London’s iconic OXO Tower and rebrand it with the PS4’s gaming symbols.

Sony also opened a #4ThePlayers PS4 lounge in Covent Garden for two weeks at the end of November to allow the UK public to try the new console before it hits stores.

The hashtag has certainly gained some traction on Twitter, with more than 38,000 mentions in the past 30 days.

Manchester City’s latest tactic for achieving global domination includes the purchase of a New York franchise in the MLS in partnership with the NY Yankees.

To create some social buzz around the new team Manchester City has created a video showing players such as Sergio Aguero and Yaya Toure doing skills in various iconic locations around New York.

It is also offering fans the chance to win tickets to a game in New York by ‘liking’ or retweeting relevant content.

Back in October clothing retailer ASOS began asking people to share photos on Instagram using the hashtag #TodayIs, but this month it switched to become #TonightIs – do you see what’s happened there?

The hashtag has been used 28,000 times on Twitter in the past 30 days, though it’s likely that ASOS was responsible for a decent proportion of those.

The songs were recorded on Instagram video and shared across various social networks.

To be honest the results aren’t as funny as they could have been, but Bailey’s version of Rammstein on the spoons is worth a watch.