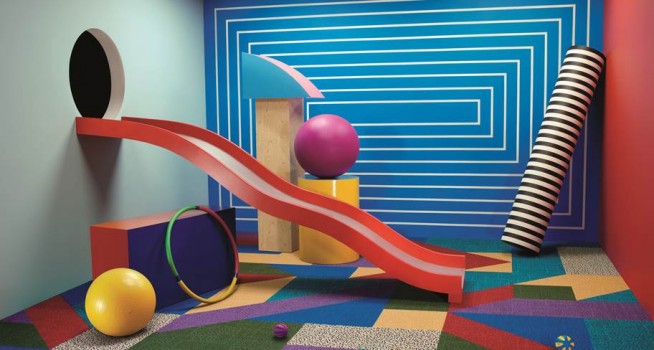 By Pip Jones on August 1, 2014 in Innovation tagged with creativity, culture, innovation, R&D, research, strategy with No Comments

In this article, I’d like to present some of the interesting topics which have surfaced at Deepend while implementing a drive to foster a culture of innovation in our organisation. These include dealing with failure, redefining the deliverable of innovation, using a scientific approach to research, exploring corporate psychology and respecting cultural differences.

Recently at Deepend we’ve been considering the importance of failure as an essential stage in innovation, not an unfortunate consequence. We’re looking at interesting ways of encouraging failure and providing a safe, risk-free environment for crazy ideas to be given an appropriate amount of investment.

Easily-implemented techniques such as de Bono’s “Six Hats” approach to brainstorming allows you to define safe times to air stupid/brilliant ideas, then reign them back in later for the reality check. This clarifies the difference between the different and conflicting values of creativity and commercialism while still holding them equal in importance. (Of course, most digital agencies shouldn’t have a problem with lack of ideas nor the corporate conservatism which some of these techniques are aimed to resolve!)

A more complex psychological change we are trying to make is to redefine the deliverable of innovation.

I think it’s similar to the difference between the Scrum retrospective as opposed to the showcase. The retrospective examines “what did we learn” (either negative or positive), “how did we work together”, not “is the product done”.

Interestingly the scientific approach to research is both a good model for innovation and is, in essence, the Australian government’s criteria for selecting tax rebates on commercial R&D. So if you remember aim, method, results, conclusion from school, then you are part way there to structure a project correctly to enable clear results in the direction of innovation and origination, and qualify it to be categorised as valid research of use to a broader community.

First you set out the aim (deliverable 1), which is generally speaking “to gain new knowledge about X”, (which will of course be more specific such as “Can we make this algorithm more accurate/performant”, or “Can we integrate these two products effectively”), then a project can progress very clearly. Deliverable 2 is to define what methods are going to be used to achieve this, e.g. build a prototype, buy research papers, choose technologies or organise data collection. Deliverable 3 is actually executing the method (in a less structured approach this is the entire project!). The final stage is to summarise, share and publicise the new knowledge (without which there was no point in doing it). This process is a waterfall style approach, so could be run iteratively within sprints to keep the evolution pumping on a larger initiative.

It also helps to avoid the concept of failure. As the scientific approach is by definition objective and unbiased, the result of the investigation can equally be “good” news or “bad” news. The null hypothesis, for example, is as valuable a conclusion as finding correlation. This equal valuation in my opinion is one of the underlying enablers of innovation in science, and the commercial world can take advantage of this psychological tool – freeing people from the fear which would constrain them to only choose propositions which would be certain to work out.

Turning to the psychology within a commercial organisation structure, we also believe you need to encourage commitment to innovation both from the bottom-up and from the top-down.

In my experience the bottom-up is initially easy: most developers and designers will jump at the chance to go nuts and make something whacky with no real deadline and a fun-sounding brief. Later some realise R&D actually isn’t such a rose-garden and it can be very stressful to be expected to be constantly originating with no direction, self-motivating, keeping organised and focused and spending all day facing difficulties and problems to which there are few known solutions.

From the top-down, it’s sometimes difficult to keep middle-managers or even the C-suite focussed on very long-term, risky initiatives against than the distracting turbulence of daily bread-winning. When an agency either gets too busy or hits a pipeline shortfall the first thing to get canned is the luxury of any long-term investments. Considering time is money, the most definite sign of commitment is real funding to secure a team regardless of the market weather. In an agency mode, this is implemented by becoming your own client, stumping up cash and a brief and just putting it through the studio, rather than trying to reserve a part-time team from the HR pool.

Of course this will be highly influenced by where the mandate for innovation came from. If it comes from the top it’s a lot easier to balance, protect and propagate through the organisation.

I’ve personally come to learn that cultural sensitivity is another area to be aware of. In my experience in working with very multi-cultural local and remote teams, I’ve been surprised by almost polar differences between various countries’ cultures in innovation-friendly behaviours such as risk-taking, challenging the norm, raising issues and thinking-beyond-the-brief. Although equality is deeply rooted in my education and nature, I have utterly failed to get some groups to take risks or perhaps feel comfortable enough to risk embarrassment, loss of face or failure. This has led me to an insight that while it is still correct to provide equal opportunities, it is unrealistic to expect identical results from such widely varying backgrounds, and therefore evaluating performance must be sensitive to these differences. Hopefully understanding deeper cultural drivers and social policies could help to unlock strategies for also providing these people the “safe room” they need to innovate in.

Finally, providing innovative leadership and a generally creative workplace is key to seeding an environment of general creativity and serendipity. This can be done with relatively little investment nor interruption to daily work. Having a creative, innovative “authority figure” underlines the fact that this is a creative company and should practically illustrate how to achieve this “extra” function within your daily grind. Providing a rich background of interesting and related information about your clients, their customers, verticals, technologies and values will facilitate synthesis and invention beyond people’s normal sphere of expertise. Breaking down the cubicles and job roles, allowing anyone to brainstorms, or providing showcases or cross-functional training – it may reduce the raw efficiency of specialisation but there has to be some sacrifice.

Fortunately at Deepend we have had Matt Griffin leading us in this way for many years as a creative powerhouse. Deepend has always had an open and accommodating structure for creativity, but now we are learning to master these subtleties to turn that creativity into true and effective innovation.