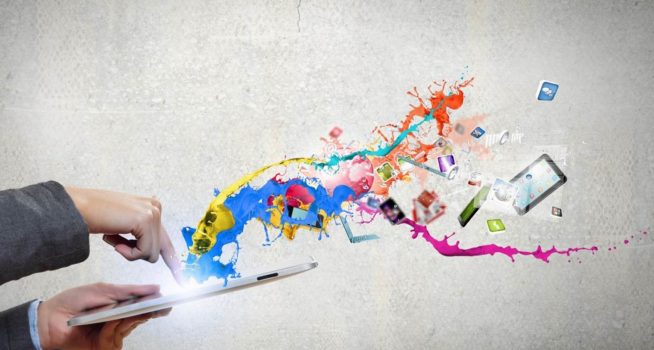 It’s Time Is Nigh! It’s The Death Of The Banner Ad!

By Deepend on May 25, 2016 in Deepend in the News, Feature post, Featured, Latest Posts, Opinion, Weird and Wonderful tagged with admin-featured, advertising, deepend, digital consumption, digital marketing with No Comments

The poor humble banner ad. For years, people have been saying its untimely end is just around the corner and yet in 2015 we spent close to $600 billion getting them in front of as many eyeballs as possible.

With reports estimating that ad blockers will cause a $40 billion loss in revenue for publishers in 2016, Luke Wallis, Content Director at Deepend, says it’s time to take the death knoll seriously.

In July 2015, when Apple launched the new, shiny iPhone 6S with all the usual fanfare, there was a lot of talk about fancy colours and 3D touch. A rather significant change in the iOS 9 software, however, failed to get a mention. For the first time ever, Apple enabled its users to install ad blocking software on their iPhones. Despite the fact that ad blockers for desktop had been around for years, many believe that this move by Apple changed the game.

In the past year alone, uptake of ad blocking software worldwide increased by more than 40 per cent and this number is expected to rise significantly in 2016. This growth is so phenomenal that those in the know are labelling ad blocking software as the ‘Napster for the advertising industry’.

It goes without saying that publishers are not going to give up without a fight.

Forbes was one of the first to hit back. In a bold move back in November 2015, Forbes denied users with ad blockers installed access to their content. They wrote a great article about the outcomes of this ‘test’ which you can read here (be sure to turn off that ad blocker though!). But while Forbes seemed to be pleased that 44 per cent of users complied, 56 per cent of people decided they would rather go somewhere else than be forced to view anymore display advertising. If that’s not a clear sign that it might be time to rethink your banner budget in 2016, I’m not sure what is.

Let’s face it, ad blockers are a no brainer for any user. Display ads are annoying and intrusive and on your mobile it’s even worse because they drain your battery, chew your data and slow your load time.

There is more chance of someone winning the lotto than clicking a banner on purpose.

Display advertising has been a vital link in the chain of most marketing strategies for the past decade. So when the creative you’ve invested a huge amount of time and money in can be turned off with the flick of a switch, how do you push back?

Good content. If you want to connect with someone, what’s going to be more effective – jumping up and down on a busy street corner and frantically waving a sign at them, or actively listening to what they’re interested in and engaging them in a conversation?

Digital consumption is evolving at an incredible rate and in the grand scheme of things, we’re only getting warmed up. Platforms are fragmenting and ad blocking is starting to bite. In order for brands to cut through, content needs to be compelling, engaging and authentic. This will trump good display advertising every single time and there is no comparison as to which one brings more value to your brand.

This article first appeared in B&T mag. Check it out here: http://www.bandt.com.au/media/death-banner-ad