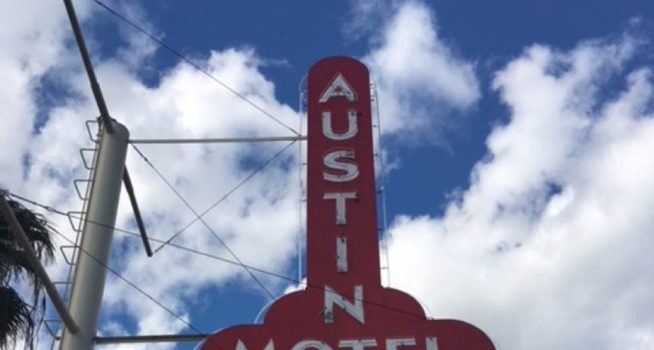 Deepend Shares Insights And Secrets From Day One Of SXSW

By Deepend on March 14, 2016 in Feature post, Featured, Trends and Insights tagged with deepend, SxSW with No Comments

Now in its 30th year, South by South West’s (SXSW) Interactive Festival shows no sign of slowing down with thousands of eager entrepreneurs, feverish marketers and digital professionals swarming Austin, Texas, to explore the future of tech. From Big Data and AI, to Google Self Driving Cars, Creating Great Digital Products, to President Obama, day one of SXSW was a long list of highlights.

Four members of the Deepend Group, the Australian independent, digital communications and innovation consultancy group, are in attendance this year, providing key insights into the thought-provoking sessions on offer.

Here is a brief snapshot from EJ Granleese, managing partner of History Will Be Kind, and Kath Blackham, Sasha Dobson and Jono Butler, managing director, production manager and creative strategist respectively at Deepend:

Best event: Barack Obama, President of the United States, summed up the essence of SXSW in his powerful discussion on technology and problem solving. He highlighted the ongoing need for technology to help tackle some of the inefficiencies the government faces during a wide-ranging talk on ‘civic engagement in the 21stcentury’. Presenting a direct call to action, Obama stated “the reason I’m here is to recruit all of you.” He asked the industry, “how can we start coming up with new platforms, and new ideas and new approaches, across disciplines and across skill sets, to solve some of the real problems we’re facing today?”

Breakout technology: Augmented reality and virtual reality were clearly hot topics with a new dedicated area at this year’s SXSW to showcase these rising technologies. The day ended at Deloitte Digital’s First Augmented Sound Concert at the Palm Door.

Eye boggling statistic: A person uses 27 apps a year on average, which hasn’t changed in the last three years. There are currently 1.6 million apps available so odds are low that your company’s app is one of those 27.

Just on the horizon: Distribution of apps is a major issue for a lot of organisations. A couple of tech companies are working on this at the moment, including Google who is going to launch an ‘app streaming’ functionality in the near future.

Quote of the day: “Ideas are having sex with each other as never before,” Steve Jurvetson, Partner in venture capitalist firm DFJ.

Today’s buzzwords: Authenticity, utility, and not or, storytelling, programmatic and brand equity.

Design dos & don’ts: The mobile experience is too small and quick for text.

Cerebral considerations: Don’t emphasise the content of your pitches too heavily, it’s more important that the client likes, trusts and wants to work with your team.